Congratulations to the 2020 Excellence in Contract Administration award winners 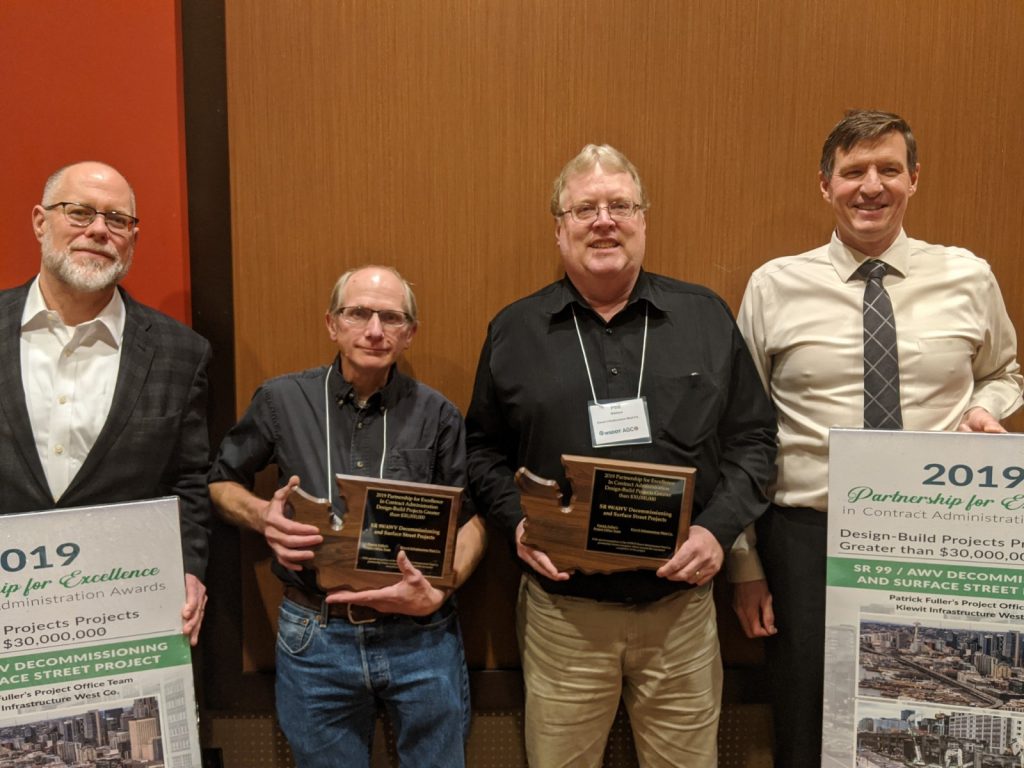 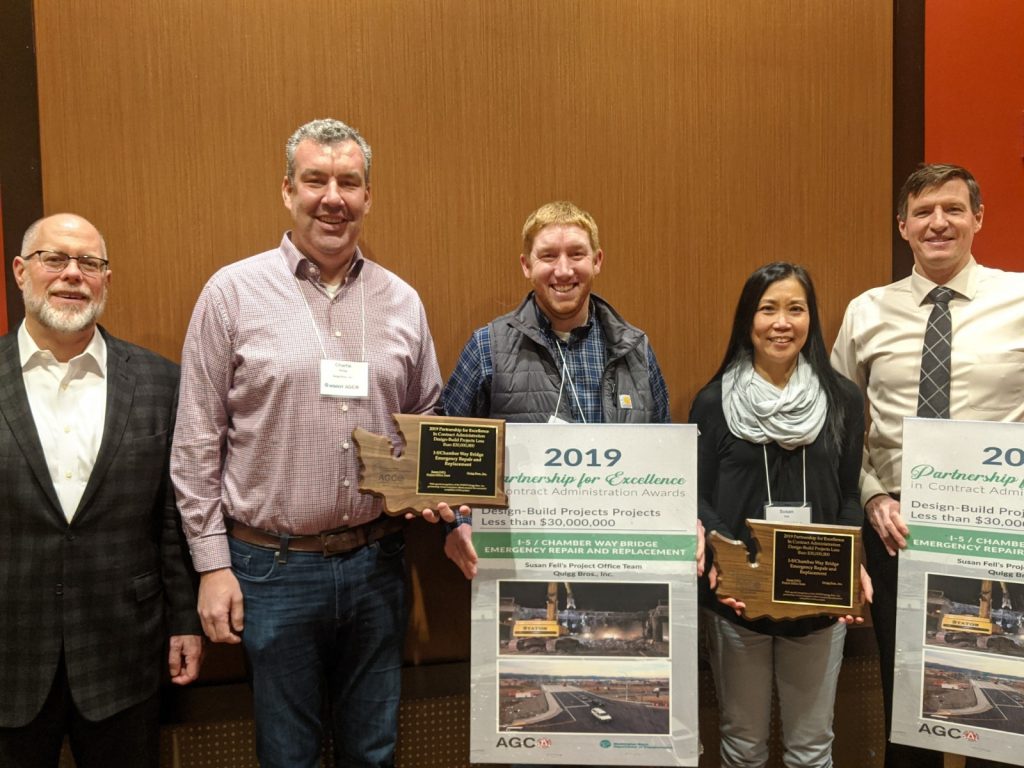 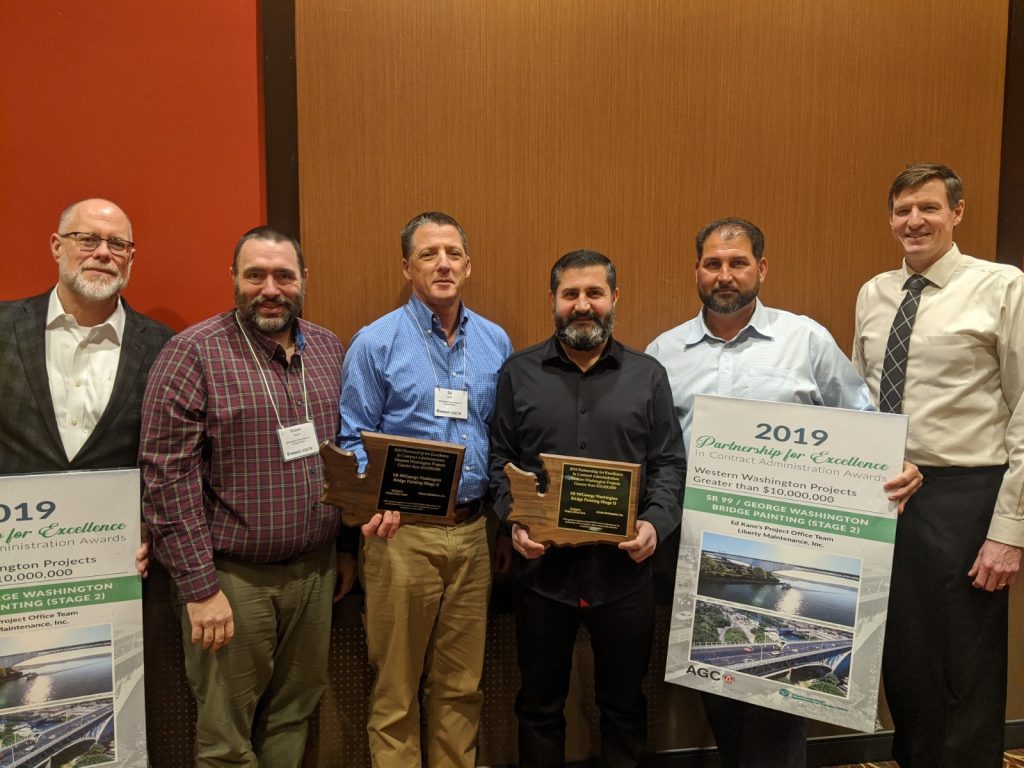 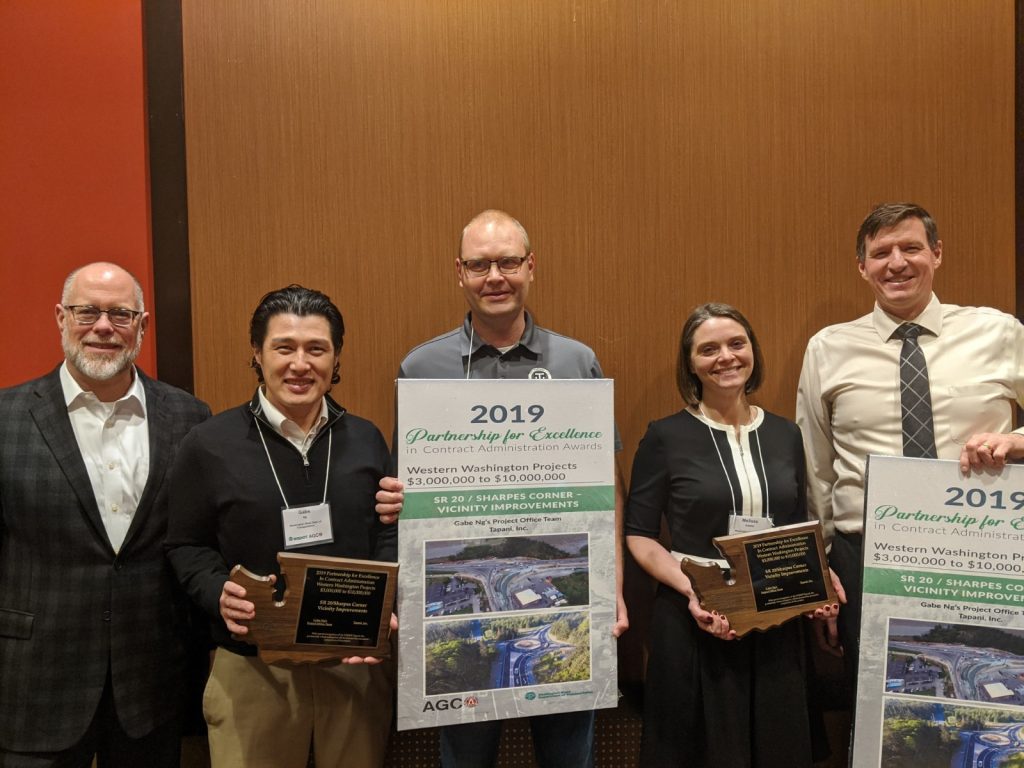 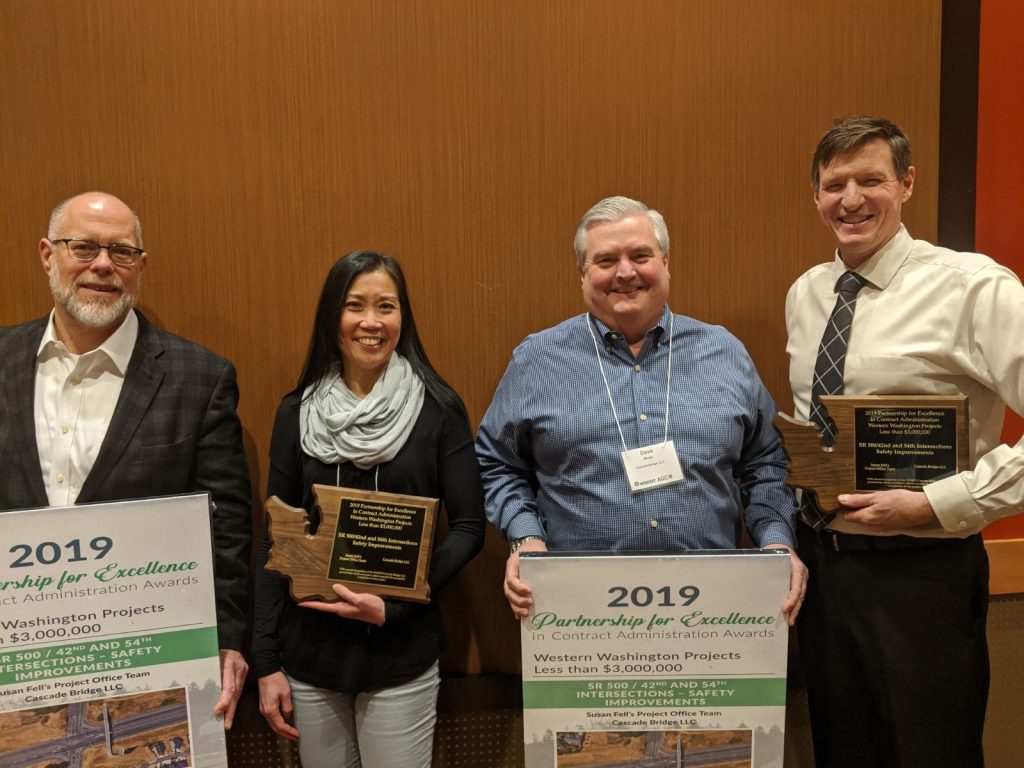 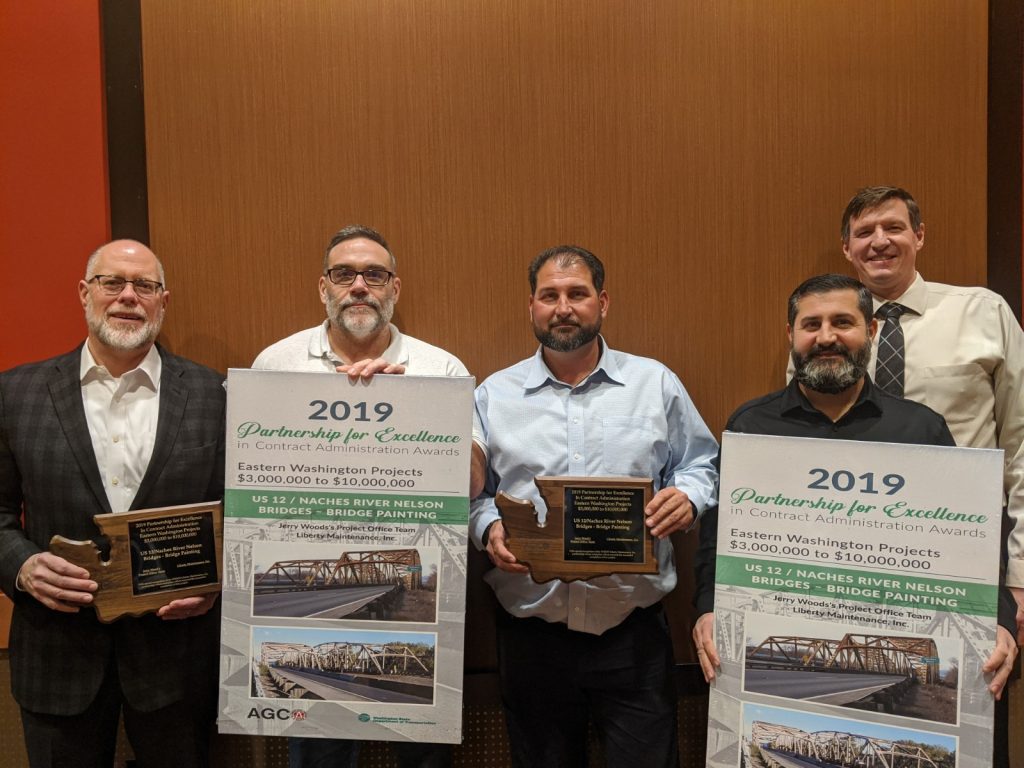 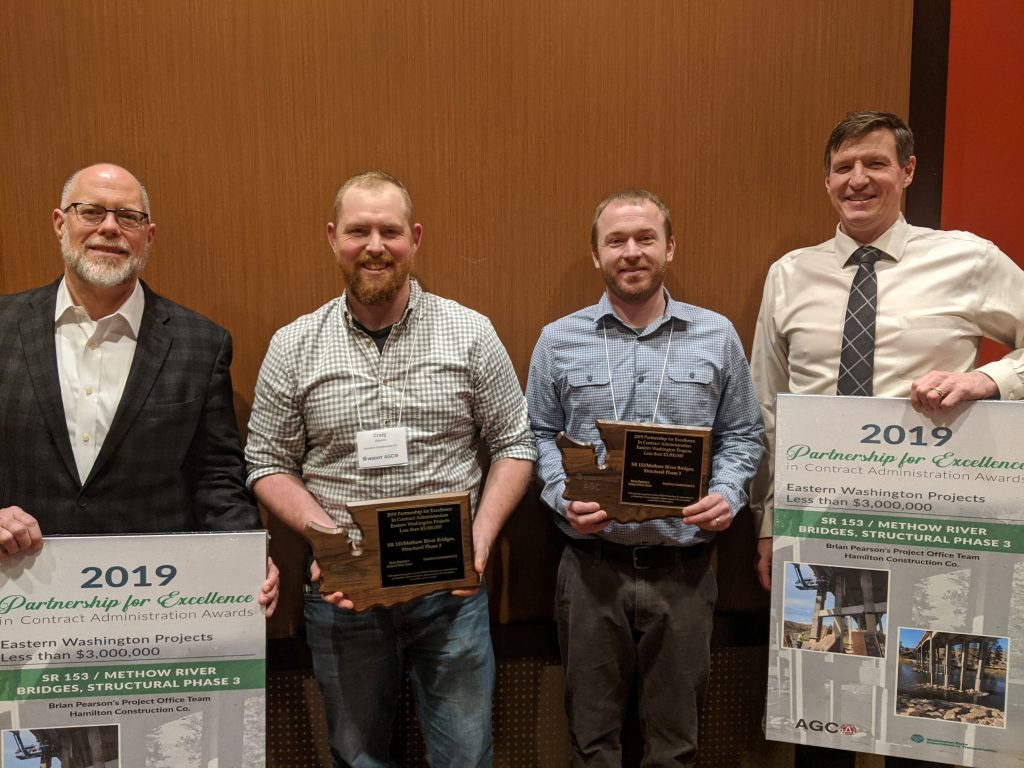 The winners of the annual Partnership for Excellence in Contract Administration awards, co-sponsored by AGC of Washington and WSDOT, were announced at the AGC-WSDOT Annual Meeting on Jan. 9.

These awards recognize and encourage extraordinary achievements by the Contractor/WSDOT partnership responsible for delivering transportation projects in a timely, professional and responsive manner while also considering the needs of others who are affected by the project. The winners were announced by AGC of Washington past president Tom Balbo, who also served as judge.

Company and WSDOT representatives identified below were on-hand to receive their awards (photos from top left):